On Monday August 19, 17-year-old Elliott Coates turned himself in to police according to a news article at The Herald Palladium. Coates had been wanted in connection with the July shooting of two teen boys in Broadway Park. 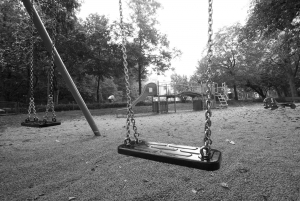 Coates, who is a resident of Benton Harbor, had been hiding out by running from one city to another in Michigan; he also went to Milwaukee, WI according to Benton Harbor’s deputy director of police services’ Dan McGinnis. McGinnis stated that Coates was “feeling the pressure” of the manhunt being conducted across the two states, which resulted in his surrendering to police.

Coates is accused of shooting two teenage boys in late July in Broadway Park, one of the victims 16 years old, the other 17 years old. The names of the alleged victims have not been released due to the fact they are juveniles, according to McGinnis. News reports indicate that the shooting occurred late in the afternoon on July 31, and that one of the victims was shot in the arm, the other in the stomach. Both boys were transported to an area hospital and were released. It is also believed that Coates may have fired at a third individual and missed.

Berrien County Prosecutor Michael Sepic authorized criminal charges against Coates in early August. He is currently being held in the Berrien County jail while he awaits arraignment on one count of carrying a concealed weapon, one count of felony firearm, and three counts of attempted murder. Police believe Coates and the victims were involved in a fight in the park prior to shots being fired.

Anyone who is accused of this serious crime or similar offenses including assault with intent to commit murder, homicide, involuntary manslaughter, or other violent crimes must obtain the support and legal representation of a skilled Michigan criminal defense lawyer.