In July of 2012, 23-year-old Jeffrey A. Julian II was convicted of first-degree murder in the 2010 murder of his girlfriend, 33-year-old Lynn M. Spicer. In declaring Julian guilty, Bay County Circuit Judge Harry P. Gill stated that, “I don’t think there’s ever been a crime as thought out as Mr. Julian’s intent to kill this woman.” The judge went on to say that there was absolutely no doubt Julian was guilty of first-degree premeditated murder. 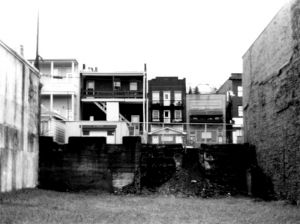 Julian and his brother, Craig, allegedly killed Spicer on August 21, 2010 outside the home Jeffrey Julian and Spicer shared. The two brothers reportedly buried the victim’s body in a grave in a vacant lot adjacent to their home, which had been dug at least one week earlier according to news reports. Julian wanted to end the relationship, which began in 2009. On the pretext of having sex, the defendant lured Spicer outside their home with the intention of strangling her. Craig Julian was convicted in June of 2012 in the murder and is serving life in prison without the possibility of parole.

Jeffrey Julian appealed his conviction arguing that his Miranda rights were violated as a conversation he had with a friend in which he confessed to the murder and which was recorded for police should have been suppressed. Julian also argued that he should have been given a second independent psychiatric evaluation after asserting an insanity defense, which the trial court did not permit. Julian’s third argument with the appeals court was that he had ineffective counsel. The Michigan appeals court panel concluded that all three arguments were without merit. His conviction was upheld.

Craig Julian also appealed his conviction for aiding and abetting murder in the killing of his brother’s girlfriend; his conviction was also upheld by the appeals court in December of 2012.

Appealing a conviction for a violent crime such as murder is a complex process; as indicated above, winning an appeal is not easy, and in fact is a rare occurrence. Individuals who believe they have strong grounds to appeal a conviction or sentence must have a capable and highly experienced Michigan criminal appeals attorney to ensure the best possible chance of winning.

An appeal is not a second chance to present your case, but a close examination of the documentation, evidence, and procedures at trial to determine whether errors were made or your rights violated. A skilled appeals lawyer can review your case to determine if you may have a legitimate argument which could potentially change the outcome.