Authorities believe than one man is responsible for four armed robberies that have occurred in Ann Arbor this year. Ahmad Abdullah-Albasir is in custody in the Washtenaw County Jail after being charged with the robberies, called ‘brazen’ in news articles. The 30-year-old Abdullah-Albasir is being held on a $1.2 million bond following his arraignment on Friday, July 19 before Magistrate Thomas Truesdell. 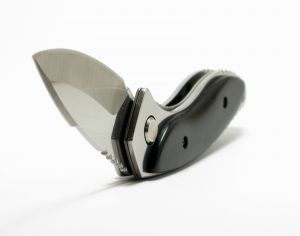 According to police, the defendant committed four armed robberies including those at two Subway locations, the GameStop, and Biggby Coffee. Lt. Detective Robert Pfannes of the Ann Arbor police said that what they believe to be heroin was seized at Abdullah-Albasir’s home.

The robberies have occurred over a period of months beginning in April, when the suspect went inside the businesses during daylight hours while customers were in the stores. Police said that in course of robbing the businesses, the suspect brandished a knife before employees while demanding money. The last robbery took place on July 12; it was the only incident in which the employee reported seeing the barrel of a handgun rather than a knife. The suspect fled on foot following each alleged robbery.

Abdullah-Albasir was arrested after detectives served a search warrant on July 18 at a home located in the 700 block of North Maple Road. A news article at Annarbor.com indicates that heroin was seized at the home as well.

News reports do not indicate when the suspect’s preliminary hearing will take place, however Michigan armed robbery attorneys know that if convicted, the minimum sentence is two years. However, the presence of a weapon (or even insinuation of a weapon) could mean that the defendant in this case will face life behind bars.

Individuals who have been arrested for any theft-related crime must obtain capable legal counsel at once. Contact a skilled Michigan criminal defense lawyer whether you have been arrested, or are under investigation.