Earlier this month we wrote about Ronnie Odell Taylor, a 45-year-old man who was convicted in late November of robbing a Kentucky Fried Chicken located at 4040 Plainfield Ave. NE in Plainfield Township. Now, Taylor’s alleged accomplice in the robbery is facing life in prison, even though he pleaded guilty to being an accessory after the fact and lying to police, according to a recent news article at Mlive.com. 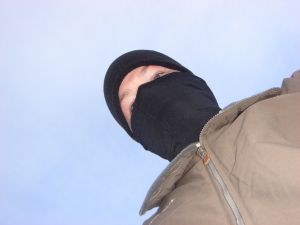 29-year-old Leonardo Simmons refused a plea deal in which prosecutors wanted Simmons to testify against Taylor and plead guilty to armed robbery. Simmons is a four-time felony offender; prosecutors had told Simmons if he would plead guilty to two counts of armed robbery, he would not be charged as a repeat offender, and conspiracy charges would be dropped. Because he refused the plea agreement, Simmons may still face up to life in prison after pleading guilty to accessory after the fact because he is a repeat offender. This ultimately means that he may spend his life behind bars for an offense which would normally carry a maximum sentence of five years in prison.

Simmons and Taylor are accused of robbing the KFC on April 6 of this year. Taylor’s wife was an employee at the KFC according to news reports, however she was not charged in the incident. Employees of the store said that despite the fact he was wearing a ski mask, they recognized Taylor’s voice and eyes.

Both defendants are scheduled to be sentenced on January 21.

News articles are not clear about what role Simmons played in the KFC robbery, however his status as a repeat offender and the fact that he turned down prosecutors initial plea deal may leave him facing the rest of his life behind bars.

The criminal justice system is complex; defendants frequently have options, some of which may be more beneficial than others. By hiring an effective and experienced Michigan criminal defense attorney, defendants have a distinct advantage of being informed of these options, and counseled on which may result in reduced penalties. In some cases, working with a lawyer in the early stages may result in charges being dismissed, or not filed at all. Regardless of your situation, contact a reputable defense attorney as quickly as possible to ensure your legal rights are protected and the best possible results obtained.