Michigan driver’s license restoration attorneys realize the devastating consequences that often result due to DUI, drunk driving, or operating while intoxicated. People are often seriously injured or even killed; those who are convicted may spend substantial time in jail and face steep fines, license suspension, or be required to attend an alcohol abuse program. 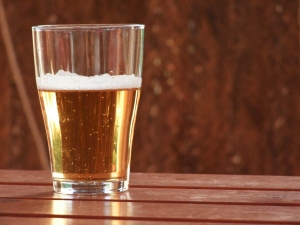 Recently, 52-year-old Drew Bristow suffered a serious head injury after falling from the trunk of the car being driven by his 47-year-old wife, who was accused of driving drunk. Bristow remained in the hospital as of last news reports on July 24, however a hospital spokeswoman had no information on Mr. Bristow’s condition.

According to a news article at Mlive.com, the incident occurred in Leoni Township near Center Lake and Washington Drive as the woman was driving on Edgewater Drive. Drew Bristow was apparently wearing wet swim shorts and was riding on the trunk because he did not want to get the vehicle’s seats wet according to Sheriff Steve Rand.

When Bristow fell off the trunk and struck the pavement, his wife allegedly left him in the road; an off-duty deputy came upon him in the road a bit later, and called 911.

The woman, whose name was not revealed in news reports, was released from jail on a personal recognizance bond. If convicted of the charge, the maximum sentence she may face is five years in prison. Her arraignment is scheduled for Friday, July 26 before Jackson County District Judge Joseph Filip.

While the other penalties are no doubt harsh, an individual convicted of OWI will likely have his or her driver’s license suspended for 180 days. Depending on other factors and whether it is a first or subsequent offense, an individual’s license may be suspended or revoked for even longer. When someone is charged with OWI causing serious injury as described in the story above, that person’s driver’s license will be revoked for a minimum of one year.

Regardless of whether you were caught driving on a suspended license, or had your license suspended or revoked due to DUI, OWI, or as the result of a drug conviction, consult with an experienced Michigan drivers license reinstatement lawyer who will work to get you back on the road.