On Monday August 26, 2-year-old Damian R. Sutton was pronounced dead by doctors the day following surgery to relieve pressure from brain swelling. Doctor’s removed a portion of the toddler’s skull to accomplish this. However, it was determined by medical examiners that the toddler was murdered, his injuries caused by blunt force trauma. 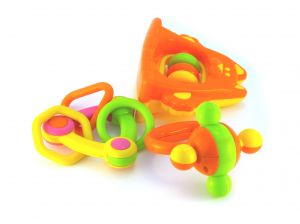 Ronald A. Dimambro, 26 was charged on Wednesday August 28 with first-degree felony murder. Dimambro was the boyfriend of the toddler’s mother. Prior to Damian’s death, Dimambro gave police different versions of the events that led to his arrest for first-degree child abuse.

Dimambro eventually admitted to police that he shook Damian; however, before this admission, he told 911 operators that he suspected Damian had suffered an asthma attack. Later, he told police that the toddler fell from his crib and suffered the injury. Dimambro was with the toddler while Nikki Sutton, Damian’s mother, was working. He was babysitting the boy for his girlfriend.

Damian was hospitalized on Wednesday August 21 and said to be in critical condition.

Michigan homicide defense lawyers know that if convicted, Dimambro will face life-changing consequences. First-degree murder is a crime punishable by life in prison. Murder and homicide offenses are some of the most serious an individual can be accused of. It is critical that whether guilty or innocent, capable and aggressive legal representation is sought.

In order for prosecutors to secure a conviction for first-degree murder, there are certain elements that must be proven such as premeditation. A competent attorney will thoroughly analyze the specifics of your case to determine the most effective defense strategy for securing positive results. An arrest does not always lead to a conviction; you are innocent until proven guilty beyond a reasonable doubt.

If you or someone you know has been arrested or charged with first- or second-degree murder, or any homicide offense, contact an experienced Michigan criminal defense attorney immediately.