Scotty McConnell, a 26-year-old Paw Paw resident, was arrested on Thursday August 22 in connection with operating a meth lab and other drug charges, according to a news article at Mlive.com. Law enforcement authorities received a tip regarding the whereabouts of McConnell, who had been wanted on drug charges. 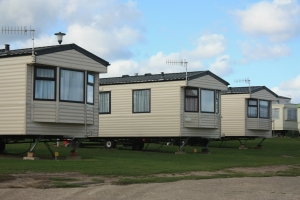 McConnell was located at the Applewood Mobile Home Community according to the Van Buren County Sheriff’s Office. He was wanted by Michigan State Police on bench warrants for failing to appear in court on original charges of amphetamine possession and assault, and meth possession according to a news release issued by the sheriff’s office.

After receiving the tip, state troopers and sheriff’s deputies went to the trailer park located in the 53400 block of County Road 687. Upon arriving, authorities found McConnell and a methamphetamine lab. McConnell allegedly attempted to flee out the back door of the trailer while authorities were speaking with his wife. McConnell was ordered out after running to a back bedroom in the trailer home, and was arrested. During the course of the arrest, police allegedly located components for manufacturing methamphetamine; they then secured a search warrant. After executing the warrant, deputies and troopers found numerous components for manufacturing meth.

Michigan drug possession lawyers are well aware of the serious criminal penalties individuals face if convicted of operating/maintaining a meth lab. Depending on the amount of drug involved and other factors, penalties may include between 20 years and life in prison, and fines that range from several thousand dollars up to $1,000,000. Drug crimes are punished severely in the state of Michigan.

If you have been accused of any offense involving drugs including possession, or possession with intent to distribute, sell, or manufacture, consult with a capable and aggressive Michigan drug crimes attorney immediately.