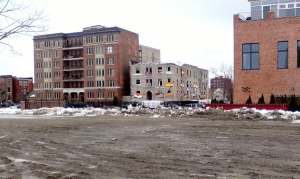 Upon searching the vacant residence, detectives discovered eight hydrochloric gas generators, three active one-pot meth lab reaction vessels, and other components used in the manufacturing of methamphetamines, according to a news release. Police obtained a search warrant for another residence at the same property located on Marion Avenue, where they found meth-smoking paraphernalia and a small amount of methamphetamine.

While investigating at the apartments, police noticed a vehicle which had expired tags pull out of the property; the vehicle was pulled over, and the driver arrested for driving with a suspended license. The Hartford man is 27 years old, and facing potential charges of operating and maintaining a meth lab. He was incarcerated at the Van Buren County Jail. An 18-year-old woman was also arrested by police on a warrant for failure to appear in court on a marijuana possession charge in Berrien County.

Drugs are a serious problem in Michigan, and across the U.S. As law makers continue the “war on drugs,” police and prosecutors vigorously pursue those suspected of possessing, manufacturing, or distributing illegal drugs and narcotics. Some of these illicit substances include methamphetamine, cocaine, heroin, and marijuana. In their over-zealous pursuit, many individuals who were in possession of a certain type of drug find they are facing charges of possession with intent, which results in harsher penalties than simple possession if convicted.

Regardless of your situation, it is critical to obtain the legal support and guidance of a Michigan drug crime defense attorney when accused of or arrested for any crime involving alleged drug possession, manufacture, or distribution. It is vital to consult with a criminal defense lawyer whose top priority is protecting your legal rights and freedom.