In 2012, 24-year-old Sean Michael Phillips was convicted on charges of unlawful imprisonment of his 4-month-old baby daughter. Five weeks later, Mason County 51st Circuit Judge Richard I. Cooper sentenced Phillips to 10 to 15 years in prison, the maximum sentence allowed under Michigan law. While 15 years is the maximum sentence allowed, the 10 year minimum set by Cooper in Phillips’ case “radically” exceeds the minimum according to state sentencing guidelines, which is typically about three years in prison. Phillips appealed both the conviction and sentence in July of 2012. 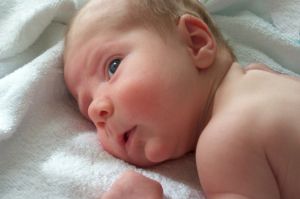 Phillips is scheduled to go on trial for murder in 2014; his preliminary exam is scheduled for January 9 and 10. In handing out the sentence for Phillips regarding the unlawful imprisonment charge, the judge is allowed by law to exceed the minimum sentence suggested by the guidelines when “substantial and compelling reasons” exist. In this case, Judge Cooper called the case a “worst case scenario,” as the defendant offered no information about the baby’s whereabouts after nearly a year, while circumstantial evidence indicated she may be dead. Baby Kate went missing in June of 2011 and has never been found; her mother, Ariel Courtland, reported the baby as missing.

Phillips appealed his sentence and conviction, arguing that the judge departed from sentencing recommendations without articulating a substantial or compelling reason, that the judge erred in instructing the jury, and that the prosecution failed in their efforts to prove the baby was restrained beyond a reasonable doubt. The Michigan Court of Appeals ultimately upheld both Phillips’ conviction and sentencing, writing that: “The infant was wholly dependent on others and unable to survive on her own. Defendant not only exploited the victim’s youth, but also exploited her incapacity as an infant when he separated her from her mother, left her in a location where she would not be found, and ensured that she could not communicate her predicament to others.” The appeals court agreed with the prosecution and judge in all of the arguments raised by Phillips.

Defendants who are convicted of serious or violent crimes often appeal either their conviction, sentence, or both. In order to win at appeal there must be convincing evidence that errors were made by prosecutors, a judge, or jurors, or that the defendant’s legal rights were violated in some manner. Even when it seems that strong grounds exist to have a conviction or sentence overturned, it is rare that judges on the appeals panel agree.

Anyone who feels he or she has been wrongly convicted or that the sentence given is not appropriate must have a capable and experienced Michigan criminal appeals attorney on his or her side. Not every criminal defense lawyer has experience with and intense knowledge of the appeals process. Because it is a complex and difficult aspect of criminal law, defendant’s have a far better chance of winning at appeal with an attorney who has a proven track record.