Recently, 42-year-old Greg William Keebler of Tecumseh pleaded guilty to charges in connection with operating a methamphetamine lab. In April, the OMNI III Narcotics Team obtained and executed a search warrant after suspecting the defendant was operating a meth lab at the Marlboro Apartments where he lived. Another individual, 34-year-old Belinda A. Gonzales of Adrian, was also arrested. 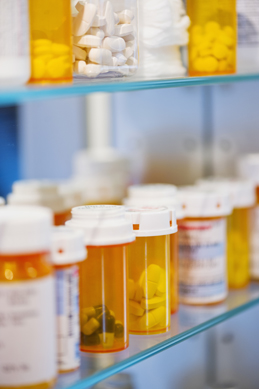 Upon searching the apartment, investigators found marijuana and finished methamphetamine. According to a news article at the Tecumseh Herald, they also discovered three shotguns, pseudoephedrine, chemical solvents, and other components used in methamphetamine manufacturing. Authorities also found homemade lab equipment, and claimed one of the shotguns found at the scene was loaded.

Belinda Gonzales pleaded guilty to drug house, meth possession, and meth lab charges in May. She was given a three to ten year prison term at her sentencing in May.

Keebler pleaded guilty to the charges on October 2. He is scheduled for sentencing on November 2, and remains lodged at the Lenawee County Jail on a $225,000 bond. For his guilty plea of maintaining a drug house and operating a meth lab, he may face up to ten years in prison.

Michigan drug possession attorneys know the serious consequences individuals face when charged with drug crimes such as cultivation or manufacturing of methamphetamine, marijuana, and other illicit narcotic drugs or substances. Illegal drugs are a serious problem in the state; police and prosecutors crack down hard on those suspected of possessing, manufacturing, or distributing drugs including heroin, cocaine, and even prescription narcotics like Vicodin and oxycodone.

Anyone suspected of manufacturing meth or other illegal substances should consult with a highly qualified Michigan drug crime lawyer immediately, whether you are under investigation, have been charged, or even convicted. An attorney who is experienced and capable in post-conviction services will examine your case to determine if there may be grounds for appeal of your conviction or sentence.