Eldon Huffman, a 64-year-old Spring Arbor area resident, is accused of killing his son on January 22 of this year. Huffman and his son Jared shared a home in Spring Arbor Township; Huffman maintains that he acted in self-defense when he shot his son, who was struck twice and died from injuries to his head and leg. He has been released from jail on a $25,000 bond. 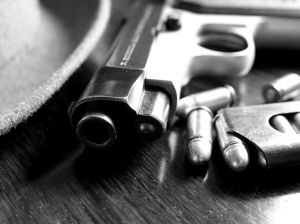 News reports at Mlive.com say that Eric White, Huffman’s defense attorney, claims his client has lived in the area for a long time, has little criminal history, and poses no danger to the community. Huffman has been charged with open murder and using a firearm to commit a crime. While released from jail, Huffman is required to wear a tether so that he can be electronically monitored.

Huffman and his son, who was 31 years old, apparently became involved in a dispute at the home the two shared. Huffman called 911 at approximately 5 a.m. on the day of the incident.

A preliminary exam has been scheduled for February 5. If charged and convicted of first-degree murder, Huffman could spend the rest of his life in prison.

Michigan criminal defense lawyers understand what is at stake for those accused of murder. It may be that Huffman’s attorney will be able to prove his client acted in self defense. Should prosecutors offer the defendant a plea deal and Huffman accepts, it could also result in reduced criminal penalties.

Ultimately, anyone accused of a homicide offense must discuss their situation with a capable and aggressive Michigan criminal defense attorney who can explain all legal options and help the client reach the best possible outcome.