In February of this year, three brothers who are triplets were sentenced in connection with a Buena Vista Township incident involving unarmed robbery and other charges including assault with intent to commit murder. Deshawn, Devon, and Juronn Shivers were all sentenced in the case, Deshawn and Juronn to probation, Devon to imprisonment until at least 2042. Now, Juronn may be joining his brother in prison if convicted of new charges involving drugs and fleeing police, according to a news article at Mlive.com. 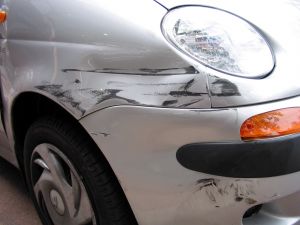 On November 11, Michigan State Police troopers witnessed Juronn Shivers driving at excessive speeds in the Brookwood area on Saginaw’s southeast side. Lt. Brian Cole said that when troopers initiated a traffic stop, Shivers complied; however, upon troopers approaching the vehicle, the suspect took off and a chase ensued which resulted in damage to multiple patrol vehicles. Eventually Shivers’ vehicle was stopped after troopers implemented a PIT maneuver.

Shivers had been charged by prosecutors in late October with a misdemeanor count of possessing marijuana, and felony count of possession of less than 25 grams of cocaine in connection to an April incident in Saginaw. Shivers had since remained at large on that warrant.

The defendant has been arraigned on the marijuana and cocaine charges, and was arraigned on Friday, December 13 on the fleeing/eluding charges. Third-degree fleeing and eluding police carries a maximum of five years in prison for those convicted. If convicted on the marijuana and cocaine charges, Shivers may face up to four years in prison for the felony charge.

While fleeing and eluding police is a very serious offense, drug crimes are also extremely serious in the state of Michigan. Certain offenses involving the manufacture and distribution, sale, or delivery of Schedule 1 or 2 drugs may leave an individual facing a lifetime behind bars if convicted.

Whether you have been accused of maintaining a grow house, possession of marijuana, or manufacturing meth, do not hesitate before contacting an experienced and aggressive Michigan drug crime defense attorney. Your lawyer will work vigorously to help you avoid the loss of your freedom and harsh criminal penalties.