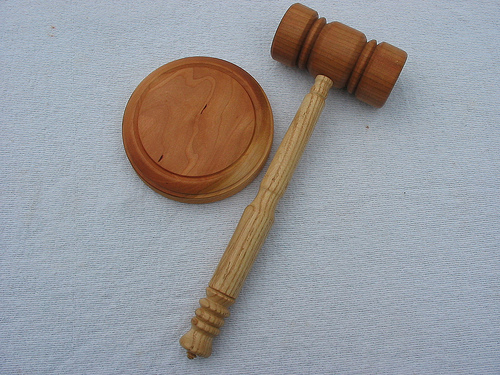 As a lawyer, it’s my job to stay up on the latest changes in the law and on important legal news. Luckily, a number of lawyer blogs make my job a bit easier and even more fun. My favorite blogs are full of useful information for both lawyers and laypeople alike. The posts are great to read and entertaining, too. If you’re looking for the best lawyer blog on the web, read on and check out a few of my faves.

One of my favorite blogs, Above the Law gives you a peek behind the scenes of the legal world. The blog covers it all, from issues that concern the big players in the field of law, to concerns of law students and the owners of smaller firms. Along with regularly updated, informative posts, Above the Law also offers a job board and a career guide for lawyers at each stage in their career. Another great feature of the site is its law school rankings.

The blog run by the State Bar of Michigan is a must-read if you’re a lawyer in the state. It features regular posts highlighting legal issues that concern not only Michigan lawyers but residents. The blog doesn’t just concern itself with the laws of Michigan, though. It also covers things going on in other states and countries, such as the recent decision in Canada to overturn laws prohibiting prostitution.

Did you know lawyers can have a sense of humor? If not, you need to check out Bitter Lawyer, one of the funniest lawyer blogs around. The site is designed for lawyers, law students, and the general public. It provides useful tips and information, all with a humorous bent. For example, a recent series on the legal implications of drones featured the post titled “What if My Dog Attacks a Drone?”

In-the-know lawyers check out Lawyerist daily. The site, which describes itself as an online magazine, provides useful tools for lawyers so that we can build on and improve our practices. Topics discussed include the ins and outs of office and firm management, ethical concerns many lawyers face and how they can handle them, and tips for surviving law school. Whether you’ve been a lawyer for decades or are about to enter year one of law school, the Lawyerist is a must-read.

The Law Insider was named one of the Top 10 Most Influential Law Blogs by Business Insider. It’s easy to see why it’s possibly the best law blog out there. The site covers all the ups and downs of the legal field, and gives lawyers useful tips on ways to make the most of the internet and social media for their practice. The site also has fun from time to time. A recent post took a close look at all of the crimes committed by Walter White in the popular TV series Breaking Bad.

Another legal blog that combines humor with the law. Created by lawyer Kevin Underhill, the site highlights strange legal cases. It also offers a humorous take on current events or issues, while providing criticism of those issues. A recent post covered the case of “affluenza,” in which a teenager received probation instead of jail time after killing four people during a DUI incident. I enjoy visiting the blog to get up-to-date on issues and have a laugh at the same time.

Legal Insurrection covers top political and legal news. The popular blog remains one of my favorites for its in-depth coverage on legal issues of the day. Recently, it’s been offering analysis of the new healthcare act and people’s responses to it. The blog also regularly publishes political cartoons by AF Branco, which sometimes hit the nail on the head when it comes to satirizing current events.

The SCOTUSblog covers the Supreme Court of the US. It’s been around since 2002 and has covered every merits case that’s gone before the court. One of the most appealing features of the blog is its plain English section. There, it offers analysis of cases using language almost everyone (even non-lawyers) can understand. If you want to know what’s going on in the highest court in the land, I recommend reviewing the SCOTUSblog from time to time.

Althouse is a blog run by Ann Althouse, a law professor at the University of Wisconsin Law School. Althouse is full of opinion and analysis on a range of topics, not just the law. If you’re only interested in reading her legal posts, she’s taken the time to separate them out and offers a link at the top of her blog to a page full of legal posts only. Her blog is one of my top picks because she shows that lawyers can be well-rounded and engaging people.

What are you favorite legal blogs?