On Tuesday December 3, Nancy Kissel, a Michigan native, lost in her appeal efforts to have her conviction for the 2003 murder of her banker husband overturned, according to News Daily. Kissel has been convicted twice in Hong Kong for the murder of her husband, a senior executive at US bank Merrill Lynch. 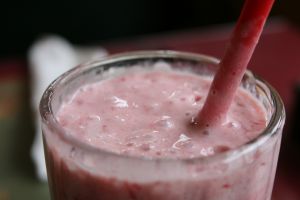 Kissel who is a mother of three children allegedly drugged her husband by giving him a strawberry flavored drink laced with a sedative before using a lead ornament to club him to death in the couple’s luxury home. She has been serving a life sentence for the murder since 2005. Kissel maintains that her husband was abusive, and that she killed him in self-defense. Kissel was retried for the murder after an appeals court overturned her conviction in 2010 and once again convicted in 2011.

Kissel’s defense team said in October at the appeal that their client suffered from depression; they maintain that Kissel’s husband had physically assaulted and threatened her, and that she was in a frenzy when she attacked and killed her husband. The appeal was rejected by judge Wally Yeung in Hong Kong’s Court of Appeals. Yeung said in his ruling that “The evidence . . . is consistent with the deceased being attacked and killed when he was either unconscious or when his consciousness was impaired.”

Kissel allegedly had her husband’s body, which prosecutors allege was rolled up in a carpet, carried out by workmen to a storeroom.

Kissel was also alleged to have been having an affair with a man in the US whom she planned to run away with; prosecutors allege the death of her husband left her to profit by $18 million.

If you have been wrongly convicted or feel that errors were made or your rights violated along the way, consult with a skilled criminal appeals lawyer who will thoroughly review your case to determine whether there may be strong arguments for an appeal.