In July of 2011, 24-year-old Justin Stephens was convicted of murdering an 80-year-old woman in 2006. Stephens, who was 17 at the time, allegedly killed a Hubbardston resident, Bernita “Billie” Cunningham, in her home. The murder went unsolved for several years, and was featured in a show called “Silent Night, Violent Night” on the Investigation Discovery network last year. 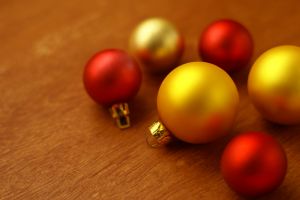 In 2006, the victim’s body was discovered dead inside her home; shattered Christmas decorations were strewn across the home, according to a news article at Mlive.com. Initially, Cunningham’s death was ruled an accident, however after family members kept insisting the death was no accident, investigators re-classified it as a homicide. She was stabbed several times after catching Stephens in the act of stealing money from her home upon returning from an errand. Stephens lived across the street from the victim.

The victim’s body was exhumed about two months following her death after family members eventually convinced police to reopen the investigation; they also hired a private investigator. Even then, coroner Stephen Cohle could not come to a conclusive determination regarding the cause of Cunningham’s death.

Eventually Michigan State Police took over the investigation, and identified Stephens as a suspect. He allegedly later confessed to both his sister and police that he committed the murder. Following his conviction for first-degree murder in 2011, Stephens was sentenced to life in prison without parole.

Stephens appealed his sentence on grounds that his confession was improperly used by police in testimony at trial. While the Court of Appeals did not agree with Stephen’s argument, they did find that the defendant’s sentence should be looked at again as he was 17 years old at the time of the murder. The U.S. Supreme Court ruled in 2012 that cases involving minors facing mandatory life sentences need special consideration.

The appeals court recommended that the circuit court take into consideration the defendant’s family and home environment, mental/emotional development, age, and other factors to determine if Stephens still deserves the sentence originally handed down by Judge David Hoort.

Individuals who feel they have been wrongly convicted or sentenced too harshly should consult with a Michigan criminal appeals attorney who is skilled and thoroughly familiar with the appeals process.