Brandon Cook, a 30-year-old Sparta resident, was charged in June with first-degree home invasion in connection with the break-in of an Alpine Township home. He was lodged in the Kent County Jail on a $100,000 bond, where he remains. Cook’s mother, 54-year-old RuthAnn Robinson, died on August 15. She will be memorialized on Sunday, August 25, however Brandon Cook’s request to be set free for his mother’s funeral service and Long Lake Park luncheon has been rejected by Kent County Circuit Court Judge Paul Sullivan. 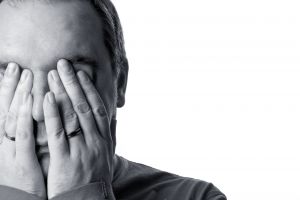 The judge’s decision to reject Cook’s request came on the same day the defendant refused a plea offer. Judge Sullivan told Cook that he was sorry for his loss, however the defendant’s record and the crime he is accused of committing would not justify the county’s expense of taking Cook to the memorial service, or the risk of releasing him for a few hours. The judge did suggest that the defendant’s family members record a video of the service, which Cook may be able to watch at a later date. Cook’s sister, Natasha Cook, said that her brother was one of her mother’s primary caretakers. She insisted that the court would know exactly where Brandon Cook was if police officers would escort him, stressing the fact that he remains in jail even though he has not yet been convicted of a crime.

Cook and another man, Damone Rashawn Hammock, were arrested for the June home invasion in which the two men used bicycles for transportation. Investigators believe the two broke into at least three homes in Alpine Township, and may be responsible for more due to the amount of property that was recovered in the course of the investigation.

Prior to the judge’s decision, Assistant Kent County Prosecutor Joshua Kuiper opposed the release of Cook for his mother’s funeral, stressing that Cook had to be located by police after failing to appear for a court hearing.

As a repeat offender, Judge Sullivan explained to Cook that he would spend between 4 1/2 years and 40 years in prison for the home invasion offense by not accepting the plea offer, which would have reduced the maximum prison time to 20 years. Cook would have had to plead guilty to the home invasion charge, and other counts would have been dismissed. The defendant rejected the deal.

Michigan home invasion lawyers know the severe penalties individuals face when convicted of breaking and entering someone else’s home for the purpose of stealing. Considering Cook’s young age, he could be 70 years old before being released from prison if given the maximum sentence of 40 years.

If you have been arrested or charged with home invasion, armed robbery, or any serious crime, speak with an experienced and confident Michigan criminal defense attorney at once.