On April 30 of 2012, a two-year-old toddler died, the death called “suspicious” by Lansing police. Brandon Kemp was allegedly abused because of issues his mother and her boyfriend, 26-year-old Marcus Hill, were having with potty training the toddler. Now, Hill has been sentenced to life in prison without parole for his alleged role in the death of the boy. 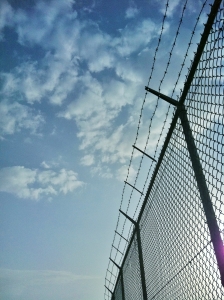 According to a news article at Mlive.com, Ingham County Medical Examiner Joyce DeJong testified at Marcus Hill’s trial that the victim’s lungs had been bruised, his liver lacerated, and that he suffered internal hemorrhaging. He also allegedly had bruising around the eyes.

Ultimately, Hill and Mercedes Kemp are accused of abusing and torturing the toddler, resulting in his death on April 30 of 2012 at a local area hospital. Numerous witnesses testified in a July 2012 preliminary hearing that they believed the abuse was related to potty training issues.

In addition to his life without parole sentence for first-degree murder, Hill was sentenced to 10 to 15 years for child abuse, and 23 3/4 to 50 years for torture.

Michigan homicide defense attorneys know that when an individual is convicted on any murder charge whether first- or second-degree, felony murder, or even voluntary/involuntary manslaughter, the penalties are extremely severe. The situation described above is tragic; however, frustration in parents often inadvertently leads to unintended results.

If you or someone you love has been arrested for any serious or violent crime, it is imperative that you speak with a talented Michigan criminal defense lawyer at once in order to protect your legal rights, freedom, and future.