Recently, nine individuals were arrested for their roles in distributing heroin in the Wisconsin/Michigan areas of Green Bay, Marinette, and Menominee, according to a news article at The Daily News. Multiple agencies were involved in the investigation and arrest of those nine individuals, including the DEA, Marinette Police Department, Menominee County Michigan Sheriff’s Department, and Wisconsin Department of Justice Division of Criminal Investigation. One man believed to be the “leader” of the drug ring, Brian L. King, is from Chicago. The Chicago and Milwaukee High Intensity Drug Trafficking Area programs also assisted in the investigation. 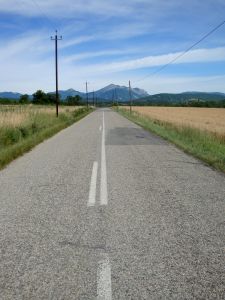 Charging documents allege that King was responsible for distributing the heroin, while the other eight involved conspired to distribute the drug. In all, more than 500 grams of heroin was distributed in the areas of Green Bay and Marinette, Wisconsin and Menominee, Michigan. U.S. Attorney James L. Santelle of the Eastern District of Wisconsin said those eight people accused of conspiring to purchase, distribute, fund, transport, and sell large amounts of heroin in Menominee and the northeast Wisconsin area.

Each defendant faces serious penalties if convicted of the heroin charges, including fines of up to $5 million and 5 to 40 years in prison. The defendants range in age from 23 to 55, and have been charged at the federal level for trafficking the heroin across state borders.

Michigan drug crime attorneys understand the serious consequences of being charged at the federal level. Criminal penalties are typically more severe for those convicted. While an individual may possess heroin and be charged at the state level, selling or distributing illegal drugs or narcotics across multiple states is considered far more serious and results in extremely harsh punishment. In Michigan, an individual convicted of heroin possession with intent to deliver/distribute would face penalties which include fines of up to $500,000 and up to 30 years in prison if charged at the state level for an offense involving 500 grams.

Regardless of your situation, it is critical to consult with a skilled and aggressive defense lawyer when facing drug charges. Without a capable attorney your freedom, reputation, and future are in jeopardy.