On January 31 of this year, 19-year-old Tyrell Harris became involved in an argument with Kanwarjit “Sonny” Sodhi, a clerk at Eastern Gas and Grocery in Grand Rapids, over the price of a pack of cigarettes. Harris allegedly threatened to kill Sodhi before leaving the store without the cigarettes because the two could not settle a dispute over a .25 cent price discrepancy. 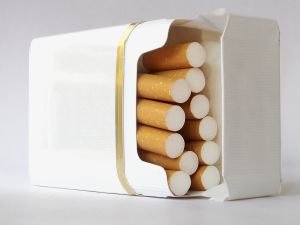 The next day Harris, who is a Chicago native, returned to the area and allegedly fired a gun toward the convenience store and Sodhi; he was arrested and charged with illegal use of a firearm, assault with intent to do great bodily harm, and attempted murder.

Police say that Harris returned to the store the day after the argument with $10 to purchase cigarettes, and that Sodhi told him to leave. Court records revealed that not too long afterward, the store clerk was using his cell phone outside of the store when Harris spotted him, then fired a .40 caliber Heckler & Koch handgun, striking the exterior of the building with some of the bullets lodging inside. Harris maintained throughout the trial that he fired the handgun only in an attempt to frighten Sodhi.

Following the shooting, Harris fled the scene; Grand Rapids police tracked foot prints in the snow near where the .40 caliber gun shells were located, and apprehended the suspect at the Middlebrook apartment complex, where he was arrested. Upon searching the apartment at a later time, investigators found hidden in a freezer a pair of Timberland boots which matched the prints police tracked in the snow.

Harris told police that if he had intended to kill Sodhi, he would have gotten closer instead of firing the shots from more than 100 feet away. Harris’s defense attorney John Grace maintained that his client only meant to scare Sodhi, and there was no intent to kill the store clerk.

Prior to the defendant’s trial starting in July, he was offered a plea agreement which would have left him facing a maximum of three years in prison. He was given the opportunity to plead guilty to assault with a dangerous weapon, or discharging a firearm in or at a building. Harris instead decided to turn down the plea deal, choosing to go on trial before Kent County Circuit Court Judge Donald Johnston.

After a week long trial that resulted in Harris being found guilty, the judge sentenced the defendant to 20 to 120 months in prison which begins upon the two-year sentence for the firearms charge being completed. According to a news report at Mlive.com, Harris asked the judge to explain the sentence to him once more before being led away by deputies.

Michigan attempted murder attorneys realize the serious impact of a conviction on attempted murder charges. Unfortunately, it appears the defendant in this case was either confused, or fully confident he would win at trial. Either way, if Harris does spend the next 10 years in prison, he will be close to 30 years old before released, a sad and frequent occurrence in today’s society.

If you have been arrested for assault with a dangerous weapon, attempted murder, or any serious offense consult with a highly qualified Michigan criminal defense lawyer immediately.