Keith William Boyce Jr., a 38-year-old Flint resident, was sentenced on Monday November 18 to 3 to 20 years in prison for his role in two methamphetamine lab explosions according to recent news articles. Boyce pleaded guilty to charges related to an April 16 incident on the city’s north side; he was also allegedly involved in a meth lab explosion which occurred in July on the city’s east side in the 3000 block of Woodrow Avenue. 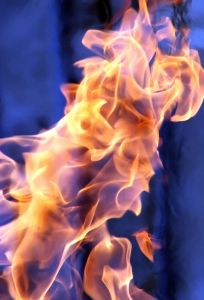 In the April blast, neighbors reported the explosion sounding like a bomb exploded. This incident took place at the Rollingwood Manor apartment complex; the force of the explosion blew a hole in an outside wall of the complex, according to authorities. Prior to being sentenced by Genesee Circuit Judge Archie Hayman, Boyce said that leaving the military was the worst decision of his life.

Inside the apartment where the explosion originated, authorities located meth components including two one-pot meth labs made with soda bottles which were 16 and 20 ounce bottles. They believe one of these bottles caused the explosion. The defendant told police that he believed reusing one of the bottles too many times led to the explosion. Boyce apologized to residents of the apartment complex, saying that “People’s lives were at risk.”

In the July meth lab explosion, a bedroom sustained damage when a wall and window were blown out. Authorities found chemicals and 2-liter bottles filled with lye in a shed, along with jumper cables which were connected to electrical wires inside the home. There was no power in the home according to news reports.

Michigan drug crime lawyers know that a conviction for manufacturing, creating, or delivering methamphetamine or other Schedule 1 or 2 drugs will result in severe criminal penalties. These penalties may include thousands of dollars in fines along with substantial prison time, possibly even life in prison depending on the details of your specific case.

Regardless of how minor or serious the situation may seem, it is critical to obtain the support of a skilled and aggressive Michigan criminal defense attorney early on. The sooner a legal strategy can be developed for your unique situation, the better the outcome will be. Without the guidance and legal representation of a capable lawyer, you may face a lifetime of hardship and loss of your freedom.