In September of this year, a 45-year-old Elberta woman and her 14-year-old autistic daughter were found unconscious in the family’s van in what authorities determined was an apparent murder-suicide attempt. Now, Kelli Stapleton is facing attempted murder charges after allegedly trying to kill her daughter and herself through carbon monoxide poisoning, according to news reports at Detroitnews.com. Stapleton waived her right to a probable cause hearing on December 26; her attorney, Brian Johnson, had no comment on her decision. 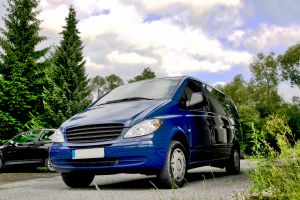 Stapleton had maintained a blog which chronicled the challenges faced by her family in caring for her autistic daughter, who she alleges also had violent outbursts. The Stapleton’s live about 150 miles northwest of Grand Rapids in Elberta, and are said to be well-known in the community.

Stapleton’s blog, The Status Woe, contained a recent entry regarding her admission that she was suffering from a severe case of what she called “battle fatigue.” She shared on her blog that Issy, her daughter’s nickname, had completed a program near Kalamazoo which was “intense,” but that school officials had abruptly changed her daughter’s education plan.

State police revealed that upon finding Stapleton and her daughter inside the van, they discovered coals had been burned inside while the windows were rolled up, in their opinion an effort to generate carbon monoxide. Carpeting inside the van had two holes burned into it where the coals had burned.

The news article states that Stapleton had said earlier in the year that she and her husband were hopeful yet frustrated regarding the prospects for their daughter, who she described as a “great kid with a lot of potential.”

At the time of news reports a trial date had not yet been set.

Michigan criminal defense attorneys understand that attempted murder is a very serious offense. In fact, those convicted may face penalties which include up to life in prison. Depending on the facts of the case, an individual may be sentenced to any number of years behind bars. Under some circumstances, prosecutors may offer a defendant a plea agreement, which if accepted typically results in reduced penalties. It is critical to obtain the support and guidance of a capable Michigan criminal defense lawyer who will investigate the facts of your case and work with you to determine the best course of legal action. Ultimately, your defense attorney will work to have charges dismissed or reduced, or to secure an acquittal.