In July, Detroit Police Sgt. David A. Pomeroy and St. Clair Shores Police Sgt. Michael Notoriano were arrested in connection with an armed robbery after Notoriano’s daughter was robbed of her cell phone at a Detroit gas station. Now, the two officers are facing a combined 18 criminal charges stemming from the incident. 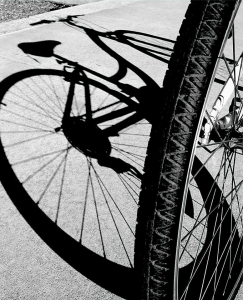 According to news reports at Mlive.com, Notoriano’s 16-year-old daughter had ridden her bicycle to the gas station with a friend. At the station, 24-year-old Dwayne Weathington allegedly pushed her from the bicycle, then stole her iPhone after grabbing her by her backpack and dragging her on the ground. He is reported to have fled the scene on foot.

While off duty, Pomeroy and Notoriano used the GPS tracking function on Notoriano’s daughter’s phone to track the location of the iPhone. They then confronted three Detroit men who they believed had the phone, according to a statement released on November 18 by the Wayne County Prosecutors Office. Investigators claim the two police officers confronted the men, who were 26, 27, and 28 years old, at gunpoint. Pomeroy allegedly took the iPhone and a handgun from the suspects’ vehicle, then stood guard while Notoriano confiscated a bag of marijuana and $300 from the pockets of the 28-year-old suspect. Before releasing him, Notoriano allegedly used the handgun to strike him in the face.

Both officers were arrested, but charges have only recently been filed. Pomeroy is charged with larceny with a firearm, two counts of unlawful imprisonment, armed robbery, willful neglect of duty, and two counts of failure to uphold the law for unlawful search and seizure.

Notoriano has been charged on the same counts, with additional charges including two counts of felonious assault, two counts of ethnic intimidation, and felony use of a firearm.

If convicted, these two officers will likely face extremely serious consequences; in Michigan, armed robbery can leave the accused facing up to life in prison. Combined with all of the other charges, Pomeroy and Notoriano may be subject to harsh punishment.

Michigan criminal defense attorneys know that when accused of serious or violent crimes, a conviction can result in ruined careers, reputations, even family relationships. Certainly the criminal penalties are serious, however the damage to a person’s life can be even more profound. If you have been arrested or charged with any criminal offense regardless of how minor or serious it may seem, speak with a capable defense lawyer right away. Action must be taken early on to protect your legal rights, freedom, and future.