Recently, Marshall Brabo, a 66-year-old Rockford man, was convicted of attempted murder in the brutal beating of his wife the day after Valentine’s Day, when the two had dinner and sex at the home where her estranged husband was residing. He now faces potential life in prison and is scheduled to be sentenced on December 19 by Judge Dennis Leiber, according to news reports at Mlive.com. 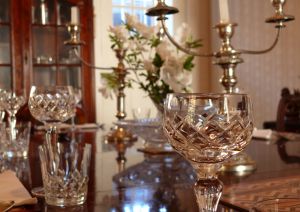 The alleged victim, 58-year-old Pamela Brabo, separated from her husband because of what she called his “increasingly unnerving behavior,” which included verbal abuse. Brabo claims that prior to the February 15 altercation, her husband had never been physically abusive.

Pamela Brabo maintained that she agreed to have dinner and sex with her husband after he had requested a late Valentine’s Day dinner repeatedly. She claimed that after enjoying a meal of pork chops and mashed potatoes which she prepared, the two had sex. Brabo then unexpectedly began striking his wife with a crow bar, then told her she was “going to die tonight” after choking her. The alleged victim said she begged and pleaded with her husband, asking him to consider the couple’s children and grandchildren, and the affect his actions would have on them. She eventually held her breath in an effort to make Brabo believe she was dead.

After a couple of hours, Pamela Brabo said she crawled out a door at the home and called 911 after reaching a McDonald’s in the area. She believed that her husband had attempted suicide after thinking she was dead by taking medication. She has filed for divorce since the incident, and is involved in a civil suit against Marshall Brabo to try to recover the medical costs she experienced as a result of the attack. Marshall Brabo is in prison where he will remain as the civil suit continues forward.

While this is a story with a tragic ending, Michigan criminal defense attorneys understand that sometimes, relationships between married spouses or couples can be volatile. In some situations, a spouse may be acting in self-defense and be accused of assault or attempted murder. The burden of proof is always with the prosecutor, so it is vital anyone accused of or charged with a violent crime consult with a skilled lawyer right away.

If you have been arrested for assault, attempted murder, domestic violence, or any offense often common with relationships, consult with an experienced and aggressive Michigan criminal defense lawyer immediately.