In early August, we wrote about an Ann Arbor defense attorney who had been charged with sexual assault. Now, the former Ann Arbor Downtown Development Authority member will face drug charges as well as details of his criminal case continue to emerge. 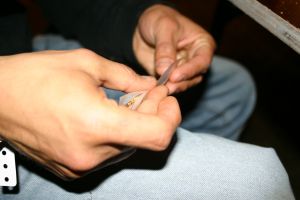 A news article at Mlive.com reveals that 29-year-old Nader Nassif had various drugs in his apartment when a search warrant was executed on his South Fourth Avenue apartment following his arrest on July 31 for allegations of sexual assault. According to Washtenaw County Assistant Prosecutor J. Samuel Holtz, investigators found marijuana, cocaine, and ecstasy in Nassif’s apartment. Charges will be filed at the defendant’s October 7 preliminary exam, Holtz said.

While Nassif is currently free on bond, he is no longer allowed to represent clients at the 15th District Court, where he represented indigent clients as part of Model Cities Legal Services. The news article indicates that authorities found ecstasy and cocaine in a drawer in the defendant’s apartment, as well as a pipe containing marijuana residue.

The alleged sexual assault of a woman led up to the drugs being located in the apartment. The woman had come to visit the defendant from out of town, and claimed that the two had gone out drinking after smoking marijuana. She allegedly lost consciousness and woke up to find Nassif sexually assaulting her in his bed. She was injured and treated at an area hospital.

Nassif’s preliminary exam was initially set for September 19, however District Court Judge J. Cedric Simpson pushed the exam back to October so that both the prosecution and defense would have time to review evidence.

Michigan drug crime defense lawyers understand that the penalties in cases involving the possession of drugs are harsh, and depend on the type and amount of substance the individual is found to be in possession of. Even when a defendant is charged with possession of less than 50 grams of cocaine, he or she may face fines of up to $25,000 and up to four years in jail.

If you have been arrested or charged with drug possession, manufacturing, or distribution, consult with a highly qualified Michigan drug crimes attorney at once.