On September 26, 29-year-old Samuel Donald Watchmaker was arraigned on charges of drunken and reckless driving causing death after his wife, Shayla Watchmaker, died in an October 2012 crash. As of the morning of October 9, Watchmaker remained in the Ingham County Jail on a $50,000 bond set by a magistrate of the court. A preliminary examination is set for October 10. 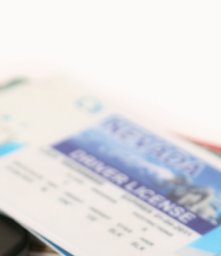 Watchmaker was allegedly driving a Chevrolet Cavalier when he and his wife were driving north on Parman Road and the vehicle left the road on the east side. According to a news article at Mlive.com, the car then spun about 180 degrees and crossed both lanes before becoming airborne and landing in a copse of trees. Watchmaker allegedly left the scene of the accident; a passerby found the Chevrolet Cavalier in the wooded area, which contained Shayla Watchmaker’s body. Samuel Watchmaker was found by police at a home less than a mile from the crash site.

The defendant and his wife were living with the defendant’s former stepfather, Steve Samhat. It was his home where police found Watchmaker. Samhat alleged that his former stepson had come to the house for help. Samhat also stated shortly after the crash that Samuel did not have a driver’s license, and that the Cavalier was in his wife’s name. At the time of the crash, it wasn’t clear whether Watchmaker or his wife had been driving the vehicle.

New reports state that the reason(s) for charges being filed against Samuel Watchmaker are not clear. What is known is that the sheriff’s office was waiting on reports from the crime lab in December of 2012.

The defendant was also charged with failing to stop at a fatal accident when at fault. If convicted of the three felony charges, Watchmaker could face up to 15 years in prison.

Some of the details of this case are a bit vague, such as why authorities were not certain who was actually driving the car. Perhaps crime lab reports will help bring more details to light.

If you have been arrested or charged with drunk or reckless driving causing death or any serious criminal offense, contact a highly qualified Michigan criminal defense attorney immediately.